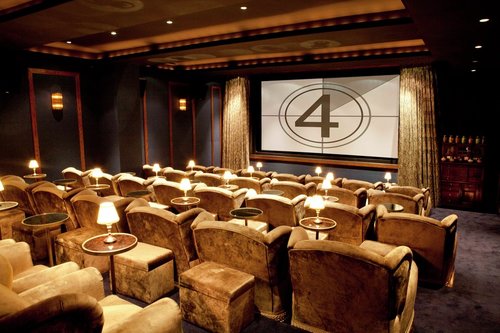 Last week we hosted and moderated a “Sharpen Your AxeTM” leadership panel in New York City at Soho House. The theme of the event was Corporate Social Responsibility (CSR) a topic that itself is not new.
However, the focus of this session was specifically how those companies that actively pursue and achieve great CSR gain a competitive edge in terms of attracting and retaining top talent.

The panel was made up of senior representatives of five companies that, despite being extremely diverse, share the common element of having rich CSR profiles. Leaders (senior HR, CSR and C-level panelists) represented Hewlett-Packard (HP), Avon, Pearson Learning, JPMorgan & Chase and a bespoke safari outlier company, Micato.

Each panelist spoke with genuine passion and pride about what they and their respective companies were involved in from the perspective of corporate giveback. As you might imagine, just like the companies themselves, the range of their activities was remarkable.

JPMorgan & Chase talked about a $100M+ investment in the city of Detroit to revitalize the local economy. Pearson spoke about the synergy between their core corporate mission and their CSR activities surrounding literacy – the two are truly interwoven. Avon has been a long-standing advocate of key women’s issues, supporting the fight against breast cancer, for example, and dealing with the trauma created by domestic violence and working towards its prevention. HP, having more than 250,000 employees around the world, shared a bit about its very individualized CSR approach: each employee was given $25 dollars to creatively micro-invest through a micro-funding organization called Kiva.

Dennis Pinto, CEO of Micato Safaris shared a heart-rending story of a young orphan who came into contact with one of Micato’s leaders (Lorna MacLeod) many years ago in a parking lot in Nairobi. A local schoolmaster had tasked the youngster with raising the 700 shillings (about $12 dollars) required to purchase a uniform and enroll in the school. He had managed to raise only 100 shillings at that point and the Micato representative immediately gave the boy the additional funds. The boy, overwhelmed by the life-changing gift, broke into tears of gratitude (and enrolled in the school.) Micato has subsequently provided funding for a school child in Africa with every safari they sell… But it all started from the organic experience of the little orphan boy in the parking lot.

So what were some of the takeaways from the event?

There were a few…

CSR must be authentic and relevant. The more that internal and external stakeholders feel and believe those key elements in place, the more they will be inclined to participate and engage. Naturally too, the more pride they will have in their company and its involvement. Each of the companies’ participants spoke with sincere passion and excitement about what they were doing. It was not “faked,” nor could it be… They each told stories that inspired and captured the imaginations of the audience and, most assuredly, those of their teams and employees.

In the end, it was all about the stories they shared.